Both parties support the status quo, block my Motion 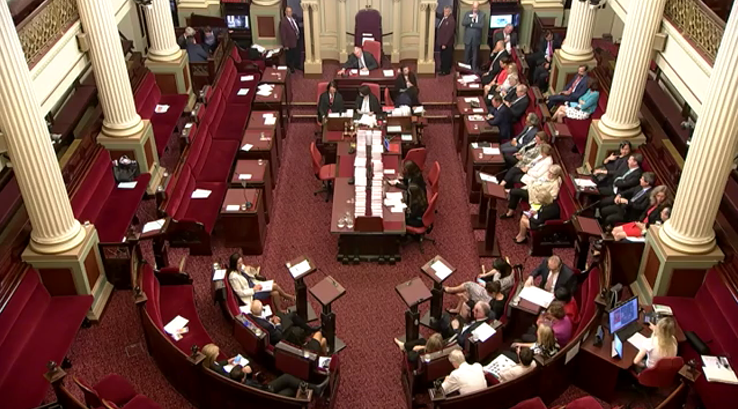 Both major parties support the status quo, block my Motion

Have a look at the picture above, and take note where each MP is seated.

Earlier this month, I introduced a Motion in Parliament, calling on the Government to:

- Dismiss Casey Council in wake of IBAC’s findings.
- Introduce legislation to ban developer donations to political parties, sitting politicians, state and municipal candidates entirely.
- Ensure that property developers cannot provide direct or indirect financial support or gifts to Members of Parliament, Councillors, planning staff, or their families – eliminating loopholes that have been abused by both major parties in recent years.

Sadly, only four of my colleagues voted in support of these actions. I want to highlight that the government and the opposition both say the status quo is okay.

Rest assured, this won't be the last time the Government is crucified by myself for a lack of property developer donation reform.