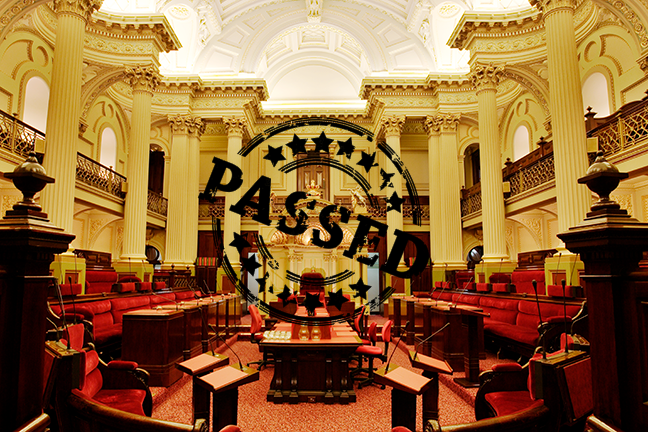 Sustainable Australia Party MLC Clifford Hayes is delighted at the support from the Opposition and Crossbench he received for his Private Members Motion, aimed at restoring local democracy in planning issues and curbing the power of the Victorian Civil Administrative Tribunal (VCAT).

Under the Motion, Clifford is calling on the Government to give Councils more power to defend their communities from inappropriate developments.

Mr Hayes’ Motion, which was passed on Wednesday afternoon, reads:

I want to sincerely thank my Legislative Council colleagues for the support they gave to this Resolution. I believe it shows there is support in the Parliament for real change to a planning system which is out of control and serving local residents poorly.

I am very encouraged by this support. I now plan to develop and introduce to the Parliament a Private Members Bill to amend the Planning and Environment Act consistently with the Motion I moved today. I plan to consult widely with Councils, resident action groups and other interested parties in preparing this legislation. I am very ready to work with the Government, the Opposition and my crossbench colleagues to develop a Bill which can achieve the support of the Parliament.

It is time we put a real say back in the hands of residents.