ELSTERNWICK GEM UNDER THREAT BY HIGH-RISE

Elsternwick’s oldest remaining cottage – built in 1895 – has come under threat as a result of the proposed 14-storey high-rise on Horne Street, Clifford Hayes MLC has discovered. 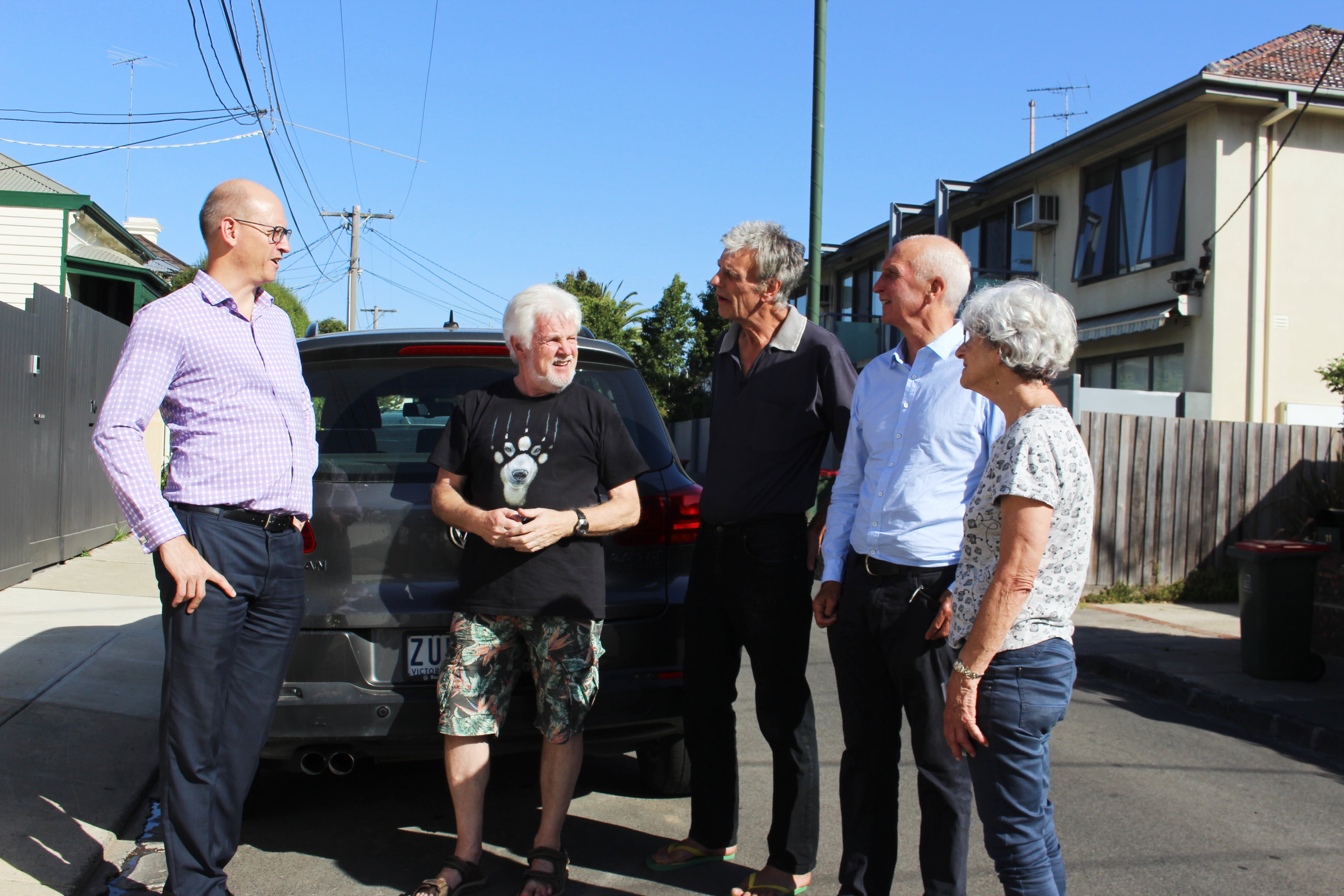 Ross Street ratepayer Richard Keown, 70, is among those whose properties would be overshadowed and deprived of sunlight by the towering monstrosity earmarked for his backyard.

Mr Keown has lived at the Burnbrae Cottage for 35 years, but now he fears his quality of life could be affected to the point that he has to surrender his pride and joy and sell-up.

It is equally as problematic for neighbour, Nathan Jones.

Mr Jones recently invested about $20,000 on solar panels, which will be eclipsed if the high-rise is approved. His panels will be shadowed for more than 50 per cent of daylight hours. Despite helping the State Government meet its renewable energy target by installing the panels on his home in Ross Street, he has received no support or assurances.

“In an unwarranted slap in the face for local residents, the Planning Minister has only given discretionary 10-storey height limits, rather than mandatory limits, giving the green light for high-rise property developers to push through the limits in VCAT – where they usually win.”

“There is great community concern as this development will overwhelm the heritage character of Elsternwick Village and rob long-time residents of their valued residential amenities and way of life.”

“I sympathise for people like Richard and Nathan, and will support this community in their battle to be free from overlooking, overshadowing and the loss of their rights.”